A visit was made by Dr Jane Macdonell, paediatrician, and a need was identified for physiotherapy equipment.

A charity called 'Physionet' collected second hand equipment from around UK and arranged a shipping container. Much of the equipment came from the joint SBC/NHS Borders Ability Equipment Store via Nancy Anderson Head Paediatric OT. Jane then raised the shipping costs through fundraising and grants.  This was gratefully received by Brian Nkhoma (lead physiotherapist) 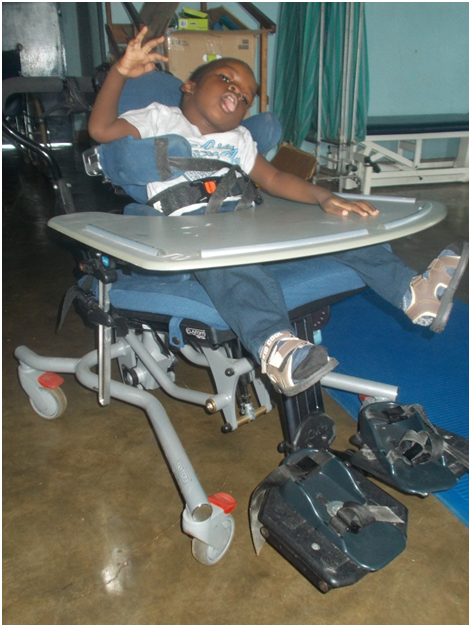 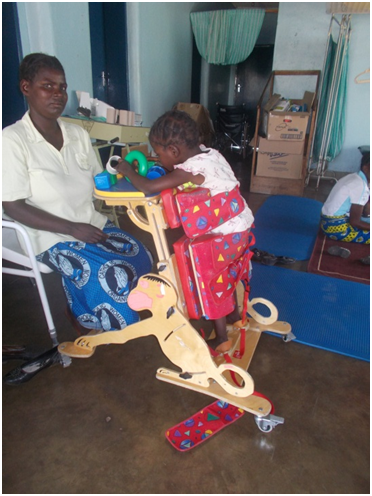 REPORT ON THE PHYSIONET DONATION by Brian Nkhoma Physiotherapist at SFH

I am very pleased to report that the physiotherapy equipment that was donated to St Francis hospital (SFH) arrived safely. The equipment arrived at SFH in batches of 3 of which the first one was on 30th October 2015. The last one came in on 7th November 2015. The equipment will give us a major boost in the care and management of children particularly the children with cerebral palsy. This is so because previously y we had a serious crisis in terms of rehabilitation equipment for children. This is bearing in mind that SFH gets referrals from across the province for all services including rehabilitation.

Plans for the equipment

I am further pleased to report that a few seating aids will go to some children that have been attending physiotherapy at SFH and have since been enrolled at Omelo Mumba School ‘s special unit. 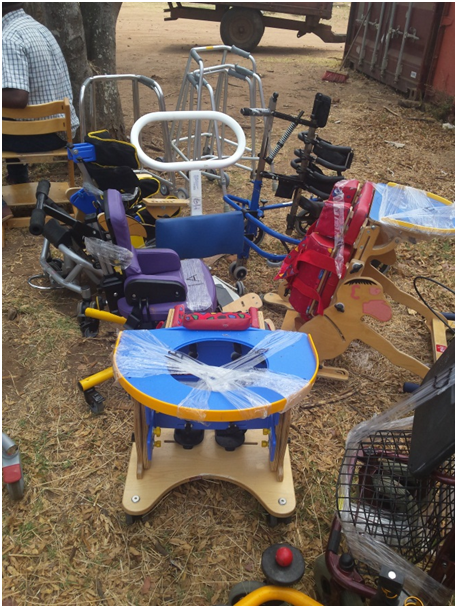 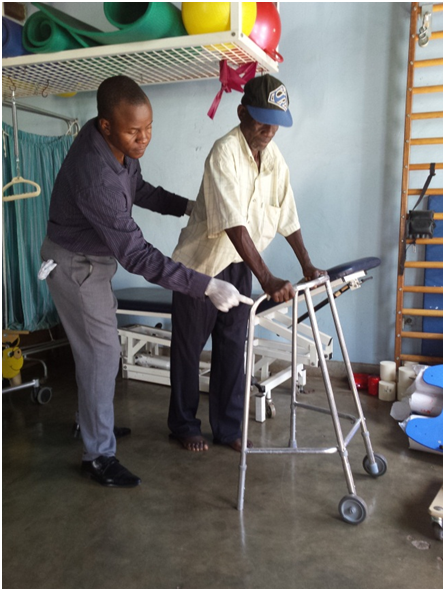 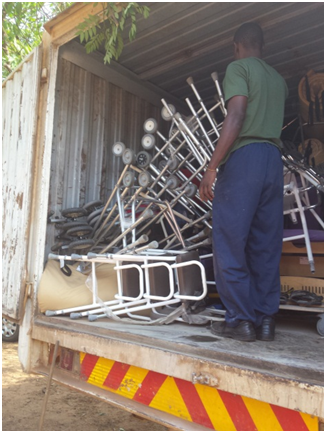 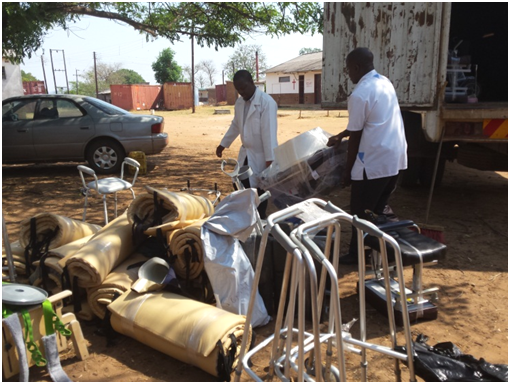 April 2018 A paediatric team spent 1 week at St Francis to follow up on the shipment of equipment that was sent out 3 years previously to see how it was being used. It consisted of Anna Cove (physiotherapist), Nancy Anderson (Occupational Therapist) and Gill Black (retired childrens nurse). Accompanying them was Kerrie Blake (Maternity Care Assistant) who was returning following a previous visit to follow up and progress some work for the Logie legacy.Anna, Gill and Nancy were welcomed into the busy physiotherapy department and faced a week full of clinics, particularly for children with cerebral palsy, some respiratory physiotherapy teaching and home visits to review equipment. The Borders team worked alongside the local physiotherapy team to share skills and try new ideas to improve the functional ability of those children attending. It was immediately apparent how useful the previous shipment had been. Walkers and standing frames were being used at least weekly in the department, other seating and standing equipment was being used daily by children at home and in a nearby special school. A fantastic morning was spent visiting some of these homes to adjust and advise on use of these pieces. Brian and his team were skillful in using local resources to adapt equipment where possible resulting in many children who would otherwise have no means of being seated or standing an opportunity to achieve and reducing the risks posed by poor positioning.There is still a need for smaller pieces of paediatric equipment, and support in other areas of physiotherapy, particularly women's health and respiratory care. The links created between Borders and St Francis colleagues will hopefully be maintained and strengthened via email and further opportunities will arise to provide more equipment and training in its use. 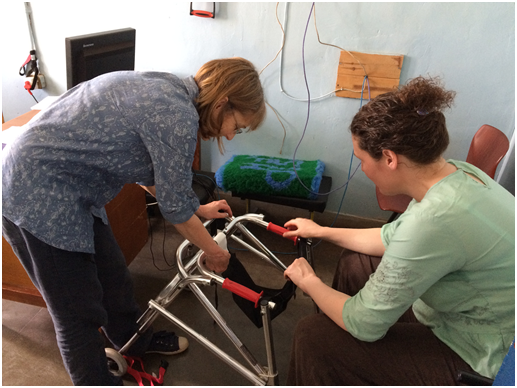 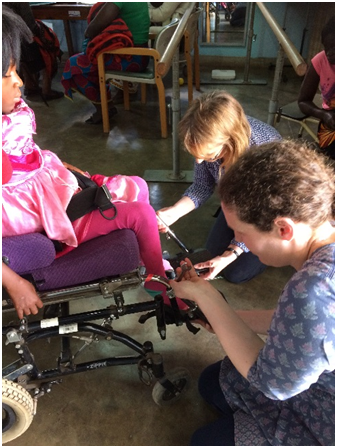 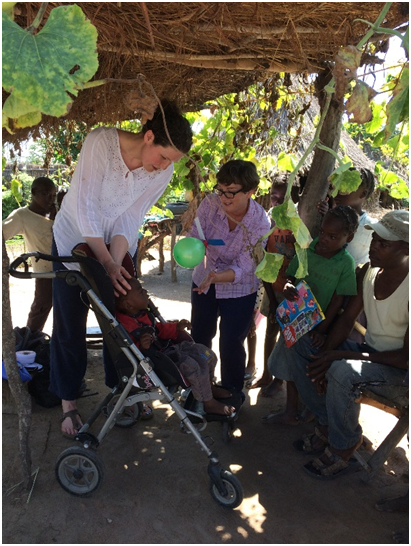 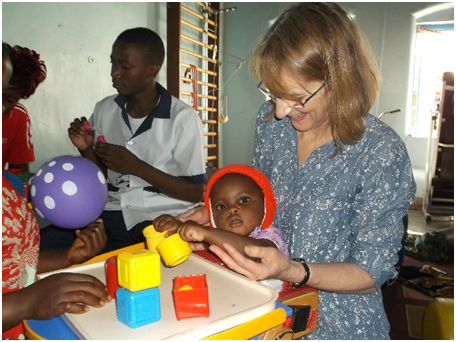